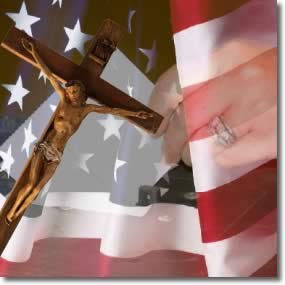 In counting the ways, he went through several lessons we need to draw from what happened to give us legislation thatÂ is not grounded inÂ moral fundamentals. I wanted to come back to his final one.

Fourth, self-described â€œCatholicâ€ groups have done a serious disservice to justice, to the Church, and to the ethical needs of the American people by undercutting the leadership and witness of their own bishops.Â  For groups like Catholics United, this is unsurprising.Â  In their effect, if not in formal intent, such groups exist to advance the interests of a particular political spectrum.Â  Nor is it newsworthy from an organization like Network, which â€“ whatever the nature of its good work — has rarely shown much enthusiasm for a definition of â€œsocial justiceâ€ that includes the rights of the unborn child.

In his role as teacher and pastor, Archbishop Chaput is being instructive about the confusion certain organizations are causing the lay faithful these days.

But the actions of the Catholic Health Association (CHA) in providing a deliberate public counter-message to the bishops were both surprising and profoundly disappointing; and also genuinely damaging.Â  In the crucial final days of debate on health-care legislation, CHA lobbyists worked directly against the efforts of the American bishops in their approach to members of Congress.Â  The bad law we now likely face, we owe in part to the efforts of the Catholic Health Association and similar â€œCatholicâ€ organizations.

On the other hand,

many thousands of ordinary, faithful Catholics, from both political parties, have worked hard over the past seven months to advance sensible, legitimate health-care reform; the kind that serves the poor and protects the rights of the unborn child, and immigrants, and the freedom of conscience rights of health-care professionals and institutions.Â  If that effort seems to have failed, faithful Catholics donâ€™t bear the blame. That responsibility lies elsewhere.

This all reminds me of something I came across and bring up occasionally in writing and giving talks, always to a surprised audience. It quotes a religion writer:

Several years ago,Â IÂ did an analysis on the pro-life voting records of members of Congress correlated with religious affiliation. I no longer have it and we have a different Congress today, but the main finding still holds – If there were NO Catholic members of Congress, the body would be significantly MORE pro-life.

If, God willing, the abortion regime someday ends and historians looking back in horror on the period make their report, two things will be true: 1. The Catholic Church was the strongest voice in the defense of life. 2. The abortion regime would have been impossible without the active encouragement of many individual Catholics.

This is even clearer now than it was when I first discovered it, one year ago.

One thought on “Catholics and the abortion regime”