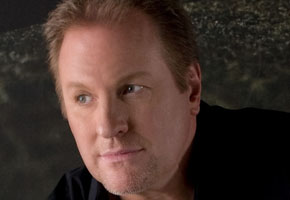 Health care practice has already posed threats to the disabled and cognitively impaired. Now, healthcare law is putting the lives of the most vulnerable people at risk. Who’s speaking out for ‘the least of these’?

Collin Raye, for one.

Collin Raye is the new national spokesperson for the Terri Schiavo Life & Hope Network, which was established following Terri’s death in 2005 by starvation and dehydration. The group is a non-profit dedicated to helping persons with disabilities, and the incapacitated who are in or potentially facing life-threatening situations. He travels the country sharing his personal story and cherished music at both concert venues and prolife conferences and political events.

His personal story is poignant, twice over, in his experiences with his wife and granddaughter. He memorialized her and their experience in the profoundly beautiful song ‘She’s With Me.

He told me on radio that it was “the closest thing to a Job moment I’ve ever had”, when Haley passed away at the age of nine. And that the issue of health care for the cognitively impaired and disabled, the most vulnerable among us, “is a vital topic that no one else is talking about.”

At least we are.