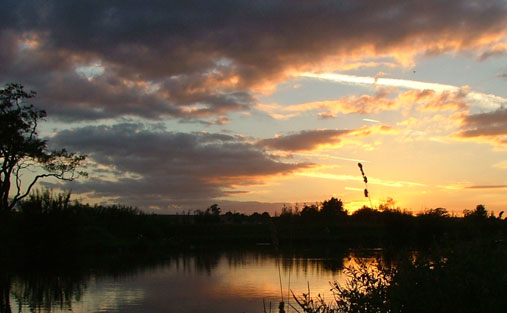 According to the Bible, it quaked. Something to recall this year as Earth Day falls on Good Friday.

Except in the Philippines, where they’ve moved the date to honor the holiness of the Triduum.

Acton has some good perspective on this.

Remember when, in 2005, the United Nations Environment Programme (UNEP) declared that 50 million people could become environmental refugees by 2010, as they fled the effects of climate change? They’d rather you didn’t. It turns out that the climate refugee problem is only the latest disaster-movie myth to be shattered. AsianCorrespondent.com reported earlier this month that “a very cursory look at the first available evidence seems to show that the places identified by the UNEP as most at risk of having climate refugees are not only not losing people, they are actually among the fastest growing regions in the world.”

John Couretas addresses the issue of religious leaders involved in a World Council of Churches climate change conference and a certain apocalyptic vision afoot these days, not based on scientific credibility.

Religious leaders should celebrate Earth Day 2011 by showing more humility in the face of the exceedingly complex scientific, public policy, and political questions bound up in environmental stewardship. A good start would be to drop any attempt at interpreting deep climatological data, which like complex policy or economic questions, is outside the usual competency of seminary training. Instead, religious leaders should focus on advancing an understanding of environmental stewardship that has a place both for productive economic activity and the beauty of God’s creation — without the Manichean split.

The virtue of prudence should lead us all to do more to reduce destructive man-made effects on the environment, with an eye toward improving the overall health of the air, water, and land that sustains us. De-carbonizing the economy, over time and in an orderly fashion, without wrecking economic life that likewise sustains us, is the reasonable way to do that. A strong market economy that creates the sort of wealth that can lead to practicable and affordable energy alternatives, free of the waste, abuse and cronyism that accompany government subsidies, will get us to a cleaner future faster than more “expert” management from Washington, the UN, or the WCC.

Meanwhile, on Easter Monday in the Philippines…

the government has scheduled tree and mangrove-planting events.

It will also encourage communities in Manila to “adopt a waterway”, and clean up the capital city’s creeks, canals and storm drains.

Do whatever you can, putting first things first.