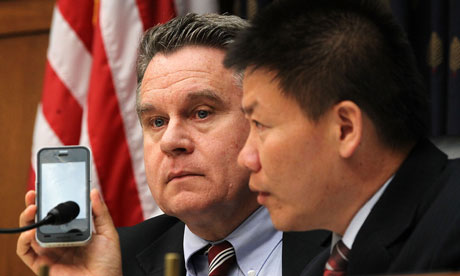 The Obama administration was involved at the highest levels of diplomacy with China last week to negotiate a deal over the fate of a human rights activist targeted by the Chinese government because he exposed so much abuse tied to China’s population control policy. Big media did a good job driving that story and keeping Chen’s fate a top and prominent focus.

Some of them noted this president’s difficulties with human rights affairs around the world. But since this crisis was tied to China’s one-child policy, their draconian population control response to a perceived global crisis, it presented a particularly gnarly problem for a president whose science adviser is a disciple of the population control guru Paul Ehrlich.

To pick up where the post below left off, on an excerpt from Merchants of Despair…

Until the mid-1960s, American population control programs, both at home and abroad, were largely funded and implemented by private organizations such as the Population Council and Planned Parenthood — groups with deep roots in the eugenics movement…

This situation changed radically in the mid-1960s, when the U.S. Congress, responding to the agitation of overpopulation  ideologues, finally appropriated federal funds to underwrite first domestic and then foreign population control programs. Suddenly, instead of mere millions, there were hundreds of millions and eventually billions of dollars available to fund global campaigns of mass abortion and forced sterilization. The result would be human catastrophe on a worldwide scale.

Population Research Institute’s president Steven Mosher told me that China boasted of addressing perceived overpopulation issues by aborting 400 million babies, which was so breathtaking I asked him to repeat that statement. He said forced abortion has been the policy in China since 1979, after the government there bought into the Club of Rome study ‘Limits to Growth’ purportedly showing that the world would run out of resources if we don’t drastically reduce populations. Although, Mosher quickly added, the study was debunked within two years as a fraud. The voices discrediting the report somehow didn’t reach China.

Fast forward to now, with what Mosher referred to as ‘the most pro-abortion, population control administration in our history’, and here we are.

In Merchants of Despair, Zubrin states:

The human race is not, as later Malthus admirers John Holdren (currently President Obama’s science advisor) and Paul Ehrlich sneered in 1971, so many bacteria in a culture dish, doomed to quick extintion unless our appetites can be controlled by wise overlords wielding sterilants to curb our excessive multiplication.

To be precise, that quote from Global Ecology in 1971 was this:

When a population of organisms grows in a finite environment, sooner or later it will encounter a resource limit. This phenomenon, described by ecologists as reaching the “carrying capacity” of the environment, applies to bacteria on a culture dish, to fruit flies in a jar of agar, and to buffalo on a prairie. It must also apply to man on this finite planet.

To which Zubrin responds:

No: we are creative inventors, and the more of us there are, the better off we are. And the freer we are, the faster we can make the inventions that can advance our condition still further.

China never got that memo, and Congressman Chris Smith told me he pleaded with US Secretary of State Hillary Clinton to assure Chen Guongcheng’s safety and confront the Chinese government about their brutal policy that has particularly targeted baby girls, called the ‘lost daughters of China’ by human rights activists. “This is the true war on women,” Smith told me, alluding to the politically strategic spin in news cycles lately between Democrats and Republicans. And people in high places have been “indifferent” to China’s forced abortions, causing “tens of millions of aborted baby girls” and many years of women being “denied basic freedoms.”

Congressman Smith was instrumental in Chen’s eventual arrangements for release, tenuous as that remains. Now, he told me, the US and western media are obligated to follow up on Chen’s safe travel with his family, as well as the internal business of securing safety for his extended family and human rights activists who helped him. The media have been nearly heroic exposing this cause, he said. The State Department has its own duty to protect…

and demonstrate to the world that the US stands firm for fundamental human rights and the rule of law.

The world has been watching this drama for the past week. The upside to the tense drama is that maybe now they’ll focus more on the human rights cause at the center of Chen’s activism.

Which PRI does constantly.