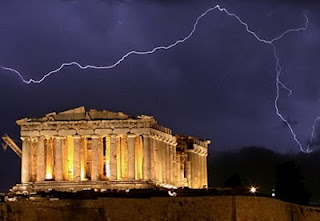 For months and months, we’ve been hearing dire warnings of ‘becoming Greece’ if we don’t correct our course in politics and economics. What’s it like in Greece?

But a story on the front page of the Sunday New York Times tells the human story behind it all, and that brings it home better than anything else I’ve heard recently. Starting with the photo at the top of this online version. Take a look at those boxes filled with files. Every file is a person, with a family. And that’s only one shapshot.

The article provides others in some personal accounts.

Many Greeks fear a vicious circle: a death spiral of more austerity measures, further economic contraction and correspondingly lower tax revenues, making it that much harder to make a dent in the debt, pushing the country toward default in spite of the austerity. Unions have called general strikes for Oct. 5 and Oct. 19, and tensions are building.

Economists say the measures are necessary to bring down debt and modernize Greece’s economy. But the cuts have come far faster than the modernization, and the social fabric is starting to fray — if not tear. The unemployment rate, already at 16 percent, and emigration are increasing; the birth rate is dropping; and the rate of suicide is rising. The education minister recently apologized that public schools lack textbooks, and the country’s morale is flagging.

This is the human toll. Devastating.

“The government is increasingly at war with the citizens,” said Jens Bastian, an economist at the Hellenic Foundation for European and Foreign Policy in Athens. “It is taking decisions whose consequences are not only squeezing the middle class, but threatening its very existence.”

Some private-sector workers say they have not been paid in months. “It’s illogical and unfair,” Aphrodite Korogiannaki, 38, a speech pathologist at a center for intellectually disabled youth, said of the property tax as she participated in a peaceful demonstration in Athens last week. “If I haven’t been paid for two months, how can I pay?”

A growing number of Greeks are asking that question, and increasingly their anger is focusing on the proposed property tax, the one that Mrs. Firigou insists she cannot pay…

Last week, the Socialist prime minister, George Papandreou, implored Greeks to accept the measures. “There is no other path. The other path is bankruptcy, which would have heavy repercussions for every household, for every Greek citizen,” he said. “We know it will be difficult, but now is the time for the most decisive battle of all.”

But the rhetoric is failing along with the ideology.

A growing chorus of members of Mr. Papandreou’s Socialist Party is opposed to the tax, and a vote on the measure scheduled to be held in Parliament this week is widely expected to be close.

But here’s the harsh reality…

Some of the short-term unemployed will still be expected to pay the new property tax. Faced with that prospect, a woman who gave her name only as Antonia as she waited in an unemployment center in downtown Athens burst into tears, a day after losing her job as a cleaner for the Ministry of Education.

“My husband is a construction worker, he has hardly had any work this month now due to the collapse of the construction market,” she said. “My son is 20 years old and also unemployed.”

Such stories are common in Greece today. Yet even as the country bleeds, it is not meeting the deficit-reduction targets set as terms for its bailout.

Deficit reduction targets and packages, and terms of bailouts, are big and general and mind-numbingly dull terms. They conceal the human consequences.

Back in her living room, Ms. Firigou said she had not seen it coming. “No one warned us,” she said. “I have no hope, not for myself, not for my children, and I am only 50.”

At this point I’m thinking please don’t give up hope. There’s always hope. And then the writer, who may have thought the same thing, adds this:

But she said some things still make her laugh. “I can’t get it into my mind that my life is such a mess,” she said. “It’s a joke.”

It’s important to laugh. Life gets entangled, but it is precious, and so is family. That is universally true. The global economic calamity will turn on the ability to see crisis as opportunity and build on human strengths and ingenuity. If it takes near-ruin to rebuild, so be it. ‘Be not afraid.’

We’ve been hearing inÂ the handful of news stories honest and thorough enough to admit it that we have 14 new taxes about to be levied on us. But it’s hard to find a rundown of what they are.

Whoopi Goldberg runs them down really well, on The View.

Enjoy the moment….whatever you had to pay the fed by today, it’s probably lower than it will be again. Ever?

Almost nobody likes tax day, but people may look back nostalgically on tax day 2010 and those of earlier years because, almost certainly, taxes are going up in the future, and they may go up a lot. With hindsight, tax day 2010 may seem almost dreamy. 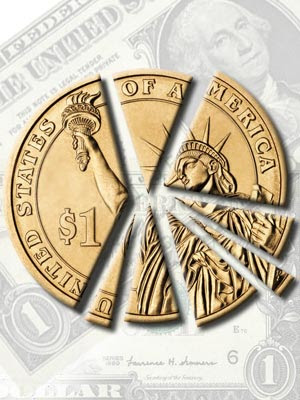 We have to do this ourselves, government is getting out of control with spending.

So now that it’s ‘tax time’ again in America,Â Â (like April 15thÂ is somehow emblematic of our financial and economic morass…), we’re getting little features in the press about deadlines and dollars and IRS forms and expense calculations.

Let’s calculate this….our rights and duties as moral citizens to provide for the well-being of our own, and our neighbors. Or, as Dr. Donald Condit put it so well, our Health Care Rights, and Wrongs.

As Speaker Nancy Pelosi promoted passage of Sundayâ€™s health care reform bill, she invoked Catholic support. However, those who assert the right to health care and seek greater responsibility for government as the means to that end, are simply wrong. This legislation fails to comport with Catholic social principles…We can clearly agree on responsibility to care for our neighbor and yet not promote federal dominion over doctors and nurses.

Some mistakenly quote Pope John XXIIIâ€˜s 1963 Encyclical Letter Pacem In Terris (Peace on Earth) discussing â€œthe right to liveâ€¦ the right to bodily integrity and to the means necessary for the proper development of life, particularly food, clothing, shelter, medical care, rest, and, finally, the necessary social services (11).â€ In this context, the Holy Father speaks of health care as a natural right, with corresponding responsibilities, not as a direct obligation of the state. Nowhere in Pacem In Terris is government assigned accountability for food, clothing, shelter or health care.

Condit notes ‘there are options for society to meet this duty apart from federal government,’ and makes a good case for how Pope Benedict prescribed the best solution in an address to the Pontifical Academy of Social Sciences.

â€œThe four fundamental principles of Catholic social teaching: dignity of the human person, the common good, subsidiarity and solidarityâ€¦offer a framework for viewing and addressing the imperatives facing mankind at the dawn of the 21st centuryâ€¦The heart of the matter is how solidarity and subsidiarity can work together in the pursuit of the common good in a way that not only respects human dignity, but allows it to flourish.â€

That’s a neat little package of thought that pretty much says it all. But it all has to start with the first principle.

…Respect for Dignity of the Human Person, is prerequisite. Health care reform is meaningless without it. Life must be safeguarded from conception to natural death. Tax dollars must not subsidize abortion or euthanasia. This principle must apply on both ends of the stethoscope, respecting both patient and provider.

That’s why America’s Founders declaredÂ among otherÂ self-evident truths that the first inalienable right, endowed by the Creator,Â is to life.

Condit makes some good points about the reform we may have tried before the draconian one Congress went for, suggesting that…

Moving forward with incremental improvements that are achievable with consensus is more prudential than comprehensive, and unaffordable, legislation without bipartisan agreement and popular approval.

And the bulky, perplexing ‘S’ word the Church likes to use but with little widespread public comprehension of its pretty radical impact….’Subsidiarity’. WhichÂ Condit explains:

…Subsidiarity, emphasizes providing care by those closest to persons in need. A community of a higher order in society should not assume tasks belonging to a community of lower order and deprive it of its authority. As Pope Benedict XVI wrote in his 2005 encyclical Deus Caritas Est, “We do not need a State which regulates and controls everything, but a State which…generously acknowledges and supports initiatives arising from the different social forces and combines spontaneity with closeness to those in need.”

This president should understand that well. It’s what ‘community organizing’ is really all about.